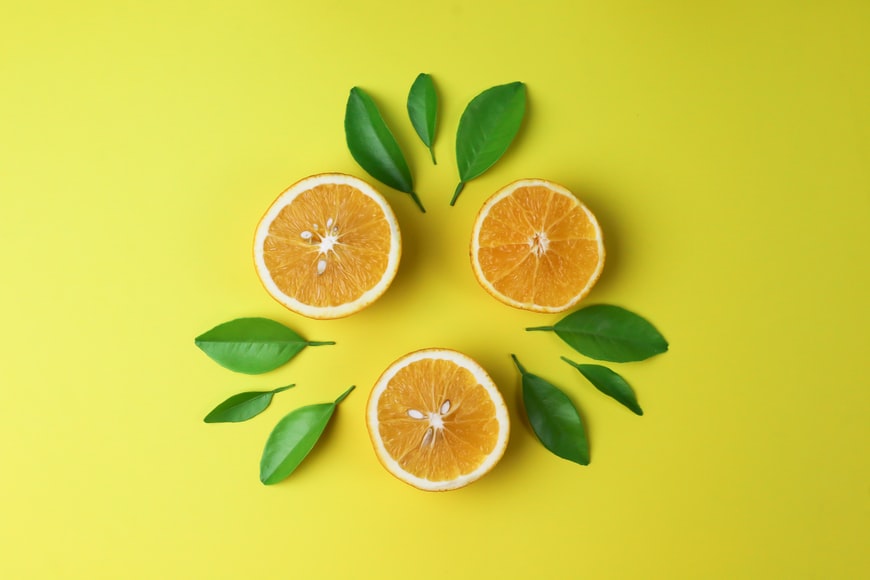 Welcome to one of the most visited, lively and attractive cities in Spain. The list of places to see in Barcelona has everything you need to make your visit to Barcelona unforgettable. Monuments declared a World Heritage Site, charming neighborhoods, important museums and a lot of art, are some of the things you should not miss.

To make your visit a little easier, we have chosen those that for us are the 25 essential things to see in Barcelona. Now you just need to decide when to visit it and complete the list.

These are the 25 essentials to see in Barcelona:

We start with one of the most important monuments in Barcelona, the Sagrada Familia. A spectacular basilica designed by Antonio Gaudí. It began to be built in 1882 and is still unfinished. It is one of the curiosities of Barcelona. It reflects the artistic fullness of Gaudí, who devoted a large part of his career to its design. To save time and make the most of your visit to Barcelona, we recommend you buy your tickets in advance. 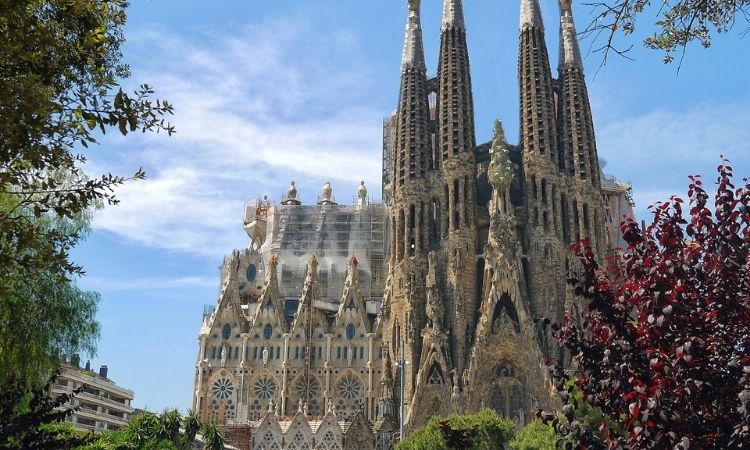 One of the nerve centers of the city is the beautiful Gothic Quarter. In it you can enjoy medieval streets, alleys and squares full of monuments and unique corners. Some of the most important ones that you should visit are: the Barcelona Cathedral, Plaza del Rey, Plaza de Sant Jaume, where the Generalitat and Barcelona City Council are located; the Obispo Bridge, Plaza del Pi, Petrixol Street and Plaza Real, among others.

3. The Cathedral of the Sea

Located in the La Ribera neighborhood, the Cathedral of the Sea is another of the most important and essential monuments to see in Barcelona. Despite being known as the “Cathedral of the Sea” , it is actually a spectacular Gothic-style basilica that was built in the 14th century.

4. The Cathedral of Barcelona

In the heart of the Gothic Quarter we find the Metropolitan Cathedral of Santa Cruz and Santa Eulalia. It is a beautiful Gothic temple built between the 13th and 15th centuries. Its spectacular facade is also in the Gothic style but it was built during the 19th century. Without a doubt, this Gothic jewel is one of the essentials to see in Barcelona.

Located in the upper part of the city, at the foot of the Serra de Collserola, is the Park Güell, one of the most famous and most visited in Barcelona. It is a park designed by Antonio Gaudí and which, along with other works by the Catalan architect, is declared in a World Heritage Site. It is made up of whimsical constructions covered by colorful ceramic mosaics. In addition, from its highest part you can enjoy wonderful views of the entire park and the city.

The Serra de Collserola is another of the best places to see in Barcelona. A beautiful natural space where you can enjoy fantastic spaces to walk through, wonderful viewpoints from which to look out over the city and where you will find the oldest functioning amusement park in Spain, the Tibidabo. On the park’s official page you can find more information about what to do in Collserola. 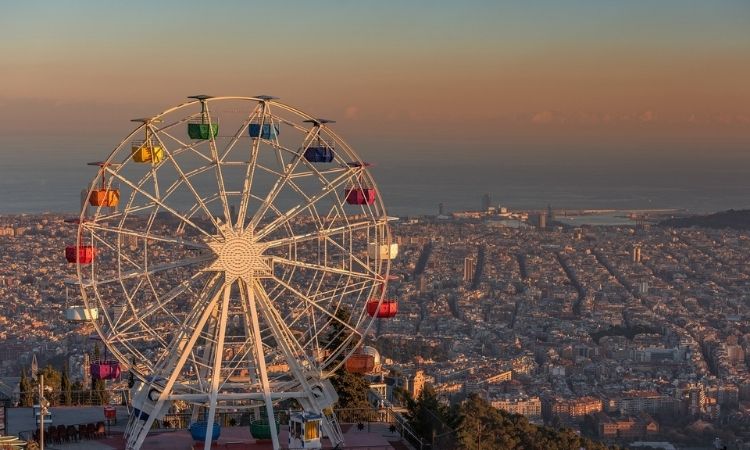 Casa Milà, along with other works by Antonio Gaudí, is one of the 48 places declared a World Heritage Site in Spain. It is a modernist building located on Paseo de Gracia and is popularly known as “La Pedrera”. Cultural activities of all kinds are held here, so we recommend that you check its schedule before visiting Barcelona to find out about its programming.

Casa Batlló is another of Antonio Gaudí’s works declared a World Heritage Site by UNESCO. In addition, like Casa Milà, it is also located on Paseo de Gracia, so you must already assume that walking this walk is another of the essentials in Barcelona. It is a beautiful modernist building inspired by organic forms of nature.

Other essential things to see in Barcelona are its markets. Among the many that exist in the city, La Boquería, Sant Antoni and Santa Caterina stand out, undoubtedly the three best known, emblematic and most visited in the city. In them, in addition to being able to buy the products that are sold, you can enjoy knowing its architecture and breathing its essence.

The Picasso Museum is one of the most visited in the city. Its permanent collection contains 4,251 works by the painter from Malaga. A large number of these works come from the artist’s formative years. In addition, you can also enjoy a wide collection of prints and works from other stages.

The Pedralbes Monastery is one of the best monuments of religious origin to see in Barcelona. Both its cloister and its church are two of the best examples of the Catalan Gothic style. The cloister is one of the largest in the Gothic style in the world. Another of its most important points, and that you cannot miss during your visit, is the Sant Miguel chapel, where you can contemplate precious paintings.

The Plaza de España, built on the occasion of the 1929 International Exposition, has become one of the most emblematic places in the city. In it you can find the Trade Fair, the National Museum of Art of Catalonia, the Las Arenas Shopping Center, located in the old bullring, and the Venetian Towers. As a curious fact, the longest road in Spain, the N-340, ends at Plaza de España.

La Barceloneta, in addition to being one of the essential things to see in Barcelona, is one of the most famous urban beaches in Barcelona and whole Spain. It is 1100 meters long and has all the services and equipment to enjoy a pleasant day at the beach. In addition, it is one of the oldest and most traditional beaches in the city.

Las Ramblas is one of the main avenues in Barcelona and one of its most emblematic places. It runs between Plaza de Cataluña, the nerve center of the city, and the Old Port. Strolling through them you can enjoy the Palace of the Virreina, the La Boquería Market and the El Liceo Theater. In addition, at the end of them, in the New Port, is the emblematic statue of Christopher Columbus.

The work of the architect Lluís Domènech i Montaner, the Hospital de Santa Creu i Sant Pau is one of the most important monuments to see in Barcelona and another of the reasons that make it one of the most beautiful cities in Spain. Due to its uniqueness and beauty, it was declared a World Heritage Site by UNESCO in 1997. It is one of the largest ensembles of Catalan Modernism and one of its masterpieces. It is made up of 12 pavilions surrounded by garden areas and linked together by underground galleries.

The Palau de la Música Catalana is another of the monuments declared a World Heritage Site in Barcelona. Like the Hospital de la Santa Creu i Sant Pau, it is the work of the architect Lluís Domènech i Montane and one of the best architectural examples of Catalan Modernism. Thanks to its guided tours, you will be able to see every corner of this beautiful building.

In the district of Gracia is one of the first works of Antonio Gaudí in Barcelona, the Casa Vicens. Like other works by the Catalan architect, it is declared a World Heritage Site by UNESCO. It is modernist in style and was built between 1883 and 1888.

Next to the Montjuic mountain is Caixa Forum Barcelona, a cultural center located in the old Casaramona textile factory. A modernist building designed by the architect Josep Puig i Cadafalch at the beginning of the 20th century. There are two main reasons to visit Caixa Forum Barcelona, to enjoy the building in which it is located and to enjoy some of the cultural and educational activities that take place there. To do this, we recommend that you review the schedule of scheduled activities before visiting it.

19. Museum of Natural Sciences of Barcelona

The Museum of Natural Sciences of Barcelona is another of the essential things to see in Barcelona. It has five locations throughout the city. Two of them, the Castle of the Dragons and the Martorell Museum, are currently closed to the public. The two main botanical gardens are also part of the museum: the Historical Botanical Garden of Barcelona. The fifth seat of the museum is the Forum building, the main permanent exhibition space.

During your visit to Barcelona you will surely spend a lot of time in El Born, one of the most mythical neighborhoods in the city. First of all, because many of the essential places to see in Barcelona are in it. And the second, because you will love it and you will want to walk again through its narrow and lively medieval streets. The Cathedral of the Sea, the Palau de la Música and the Picasso Museum are some of the places that you should not miss in El Born.

Another essential museum to see in Barcelona is the Disseny Hub Barcelona. A museum located in an avant-garde building and that was created with the integration of the collections of the Museum of Decorative Arts, the Museum of Ceramics, the Textile and Clothing Museum and the Cabinet of Graphic Arts.

The Water Deposit is an impressive building that was built in order to store water to irrigate the Ciudadela Park and feed the monumental waterfall. To achieve the necessary pressure, the water was stored at a height of 14 meters, leaving a space below that has had different uses throughout history. Nowadays, and after a renovation carried out in 1992, it houses a spectacular library of the Pompeu Fabra University.

In the Ensanche neighborhood and located in a beautiful modernist building, the work of the architect Lluís Domènech i Montaner, is the museum and cultural center of the Antonio Tapies Foundation. A space, especially dedicated to contemporary art, in which you can see more than 300 works by Antonio Tapies himself and others from his personal collection and artists as important as Francisco de Goya, Zurbarán, Picasso, Joan Miró and Vasili Kandinski, among others.

Like the Tapies Foundation, the Joan Miró Foundation is a space dedicated to contemporary art. It houses more than 10,000 pieces by Joan Miró himself, including paintings, sculptures, tapestries, drawings and sketches. It is located in a building designed by the architect Josep Lluís Sert located on the Montjuic mountain.

The work of the German architects Ludwig Mies van der Rohe and Lilly Reich, the German Pavilion in Barcelona was built as the German pavilion for the 1929 Barcelona International Exposition. It is considered one of the milestones in the history of modern architecture and has served as an inspiration for several generations of architects.